between day and night

A JOURNEY TO A FORGOTTEN WORLD

For the ancient Egyptians, the sun rose from the Nile, awakening the world to new life, and in the evening it buried itself in the sands of the Sahara desert to the west. The Nile brought water and life. The desert hid death. The life of the pharaohs in Egypt formed a unique, divine metaphor for life.

I encourage you to take part in an adventure - authentic, deep and allowing you to get to know Egypt proper, with its inexhaustible diversity of cultures, traditions, but also the beauty of nature. We will also taste the night under the stars of the desert. Finally, we will admire the boundlessness of the Great Sea of Sand, the largest complex of sand dunes in the Sahara desert.

I invite you to a forgotten and neglected Egypt. Like many treasures.

Maximum program: we use off-road vehicles to reach places that are rarely visited.

Tents in the desert, small guesthouses in oases, hotels. But everywhere with care and local cuisine.

A journey through the millennia of Egyptian history, off the beaten paths. From pyramids to oases lost in the desert.

The price already includes everything you need on site. Take only the change for souvenirs.

We will reach places where the pace of life has not changed for hundreds of years. We will deviate from the bus routes, we will enter the Sahara to see the unique culture of ancient oases such as Siwa, Bahariya, Kharga or Dakhla, we will cross the Black and White deserts. 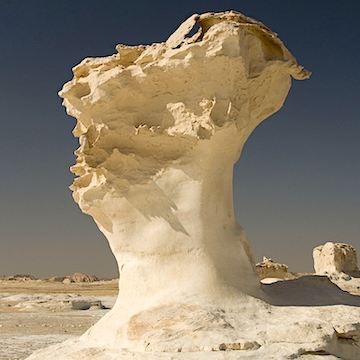 Best OF THE EGYPTIAN SAHARA

Dazzlingly white rock formations (limestone) with the most surreal shapes imaginable amaze visitors to this place. 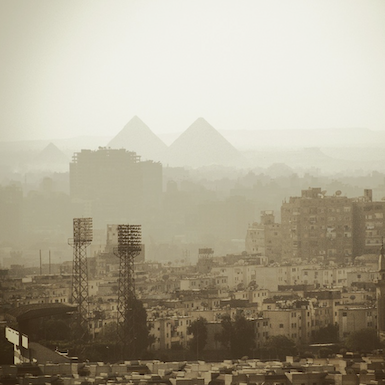 "MOTHER OF THE WORLD"

Cairo is fascinating with its power and diversity. We will visit the pyramids and the Egyptian Museum, but we will also visit ... the garbage collection area. 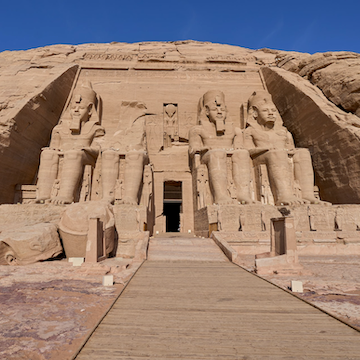 The Great Temple was dedicated to the sun gods Amon-Re and Re-Horachte and the god of arts and crafts to Ptah. The Temple of Nefertari (Little Temple) was built for the goddess of love and beauty Hathor and Nefertari. 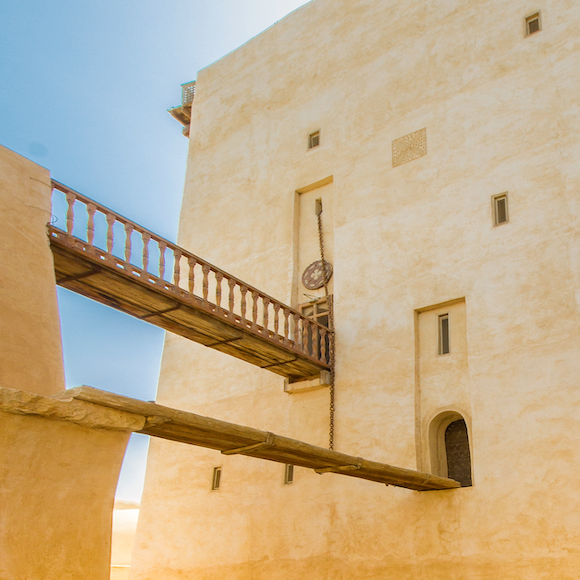 Magnificent Coptic monasteries, the oldest of which, St. Makary, was founded in the 4th century! 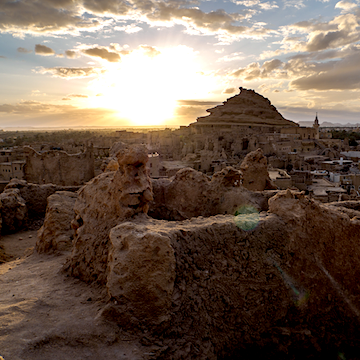 THE Siwa OASIS AND THE GREAT SEA OF SAND

One of the most beautiful places in Egypt and the farthest from civilization. The asphalt road to Siwa, an oasis dating back to the 7th century BC, was laid out only 60 years ago! You will also see the Great Sand Sea - the largest complex of sand dunes in the Sahara desert. 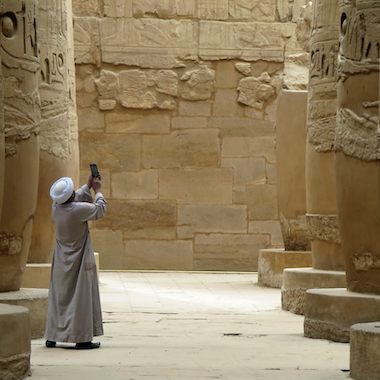 TWO DAYS IN A LUXor

Everyone knows the names of the places we will visit. We are waiting for intense days in the most famous temples and tombs of the ancient land of the pharaons. 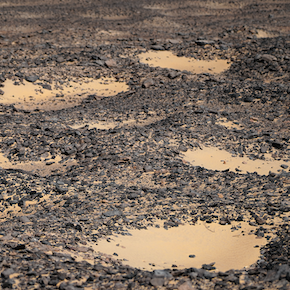 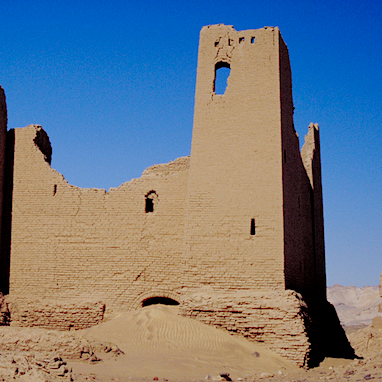 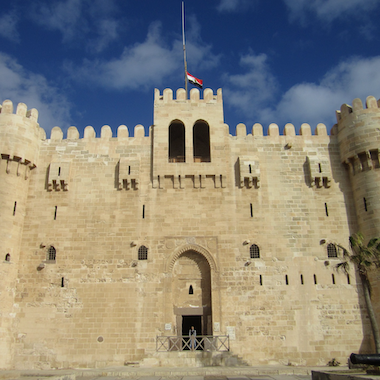 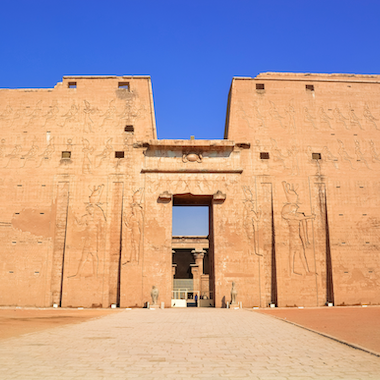 Off-track places have preserved their unique atmosphere and culture from thousands of years ago.

Meeting at Cairo airport late in the evening. We're going to the hotel.

We will see both obligatory places and places that tourists do not reach. I am listing: the Giza pyramids, the Egyptian Museum, the Khan al-Khalili bazaar, the Saladin Citadel. At the foot of this hill lies the Zabbalin district, known as the City of Scavengers. The poorest Cairo people live here, they deal with the segregation of rubbish. It's a completely different face of Cairo, without the tourist glitz.

On the way to Alexandria, we stop at Wadi an-Natrun, where we will visit wonderful Coptic monasteries, the oldest of which, St. Makarios, was founded in the 4th century! The remaining time of the day is spent exploring Alexandria. We start with the 15th century citadel of Qaitbay. The Library of Alexandria, the largest library in the ancient world, which in its heyday numbered over seven hundred thousand scrolls! We will also look at the Roman theater in Alexandria. Of course, we will see Pompey's column and the catacombs, where Apisa's bulls and the stone sphinxes of Heliopolis were buried.

Day 4. On the way to the oasis of Siwa - El Alamein

That day, we have a long way to travel to the Siwa oasis, located near the border with Libya. We will definitely stop at the monument commemorating the battles for El Alamein, see small towns on the shores of the Mediterranean Sea, and finally reach the Siwa oasis. The asphalt road to Siwa, the history of which dates back to the 7th century BC, was established only sixty years ago. The oasis is located between the Kattara Depression and the Great Sand Sea - the largest area of ​​sand dunes in the Sahara desert. To this day, it remains an extraordinary place, with its own and unique culture resulting from hundreds of years of isolation.

All the attractions of the Siwa oasis await us:
House of Siwa Museum - there is a rich collection of costumes, jewelery and local crafts. The Szali Fortress, a mud-brick fortification, was built in the 12th century. Today's Siwa has grown around it. We leave the city to the west. After only six kilometers, we reach the salt lake Birkat Siwa with the amazing island of Fatnis (Fantasy Island). Bir Wahid and Cleopatra's Bath are an opportunity to swim in the Sahara desert. Pools fed from natural springs of water flowing from the ground, perfectly clean and… hot in Bir Wahid. The Mountain of the Dead (Gabal Elmwata), covered with interesting tombs from the XXVI dynasty and the Ptolemaic times. Temple of Amun, built in the 30th dynasty (VIIVI century BC) together with the Temple of the Oracle, known throughout the ancient world from the local Oracle of Amun. We will end the day at the edge of the Great Sand Sea, admiring the endless sand dunes.

We move towards one of the most famous oases in Egypt - Bahariya, which is the gateway to the White and Black deserts. The road passes through the picturesque landscapes of the Western Desert, as the part of the Libyan Desert in Egypt is often referred to.

We set off early in the morning to see the attractions around Al-Bawiti, one of the few villages that make up the Bahariya oasis. We will visit the salt lake Marun - a stop for migrating birds, the English Mountain (Gebel al-Ingleez) with a wonderful panorama of the oasis and the desert. We will look at the Museum of Golden Mummies, where there are mummies discovered in the nearby Valley of the Golden Mummies. About one hundred Greco-Roman mummies have been excavated, but scientists have confirmed the presence of a further ten thousand. We go 50 km south to the Black Desert. Its name comes from the numerous black volcanic cones and basalt stones lying everywhere. Here, too, we will see Kryształowa Góra - a boulder made entirely of shiny quartz crystals.
In the late afternoon we reach the dunes of Abu Maharik, known as the Little Sand Sea. Their extension - the Al-Ghurabi dune is the longest traveling dune in the world. Overnight in tents under the dunes.

After breakfast, we continue our journey deeper into the White Desert. To start with, the Aqabat Valley, or the Miracle Valley, is the best name for this magically beautiful place. A picturesque valley famous for its almost extraterrestrial landscapes, with fancy forms of white limestone and chalk contrasting with the color of the desert sand. We spend tonight camping among these amazing rocks. And again a wonderful sunset.

We transfer from Land Cruisers to a minibus and go to the Farafra oasis: here we visit the Badra Museum - an interesting combination of a house, museum and studio - presents a collection of Badr Abdel Moghny, a self-taught artist whose paintings and sculptures depict life in the Farafra oasis. We will also check the local hot springs. We reach the oasis of Dakhla for dinner. A moment to rest after two days in the desert.

There are many unique places to visit in Dakhla. Qarat Al Muzawwaqa - "Decorated Hill", owes its name to two beautifully decorated tombs - Pelusis and Petosiris. The only tombs open to the public here, thanks to their spectacular colors and ceilings with zodiac signs, are particularly interesting for their blend of Greco-Roman and Pharaoh-era styles. Deir al-Hagar (lit. Stone Monastery) - a temple rebuilt by the Roman emperor Nero and completed a few decades later. Qila Al Dabba is an ancient necropolis located in Balat. The five mastabas (mud-brick structures above the tombs that were the ancestors of the later pyramids), the largest of which is over 10 meters high, date back to the 6th Dynasty. Bir Al Gabal - a spring nestled among breathtaking desert landscapes and a great place to swim. Bir Qalamoun - a picturesque lake in the oasis of Dakhla. The Ethnographic Museum in Mut, the main town of Dakhla oasis, is a must for all visitors. Set on the plan of a traditional Islamic home, the museum displays items used in the oasis, including pots, rugs, dresses, baskets and jewelry. The historic center of al-Qasr is the main attraction of the Dakhla oasis. A maze of winding streets, medieval mud-brick houses, a 10th-century madrasah, a 12th-century mosque with a three-story minaret, and craft workshops have managed to retain their original charm.

We leave in the morning to the east, towards another oasis - Khargi. The main attraction is the al-Bagawat necropolis - one of the earliest and best-preserved Christian cemeteries in the world. The fortress and settlement of Qasr el Labekha is a complex of two temples, an impressive fort and a group of decorated tombs. The fortress served as the headquarters of the garrison guarding the intersection of two important ancient caravan routes: from the north and west. The Hibis Temple, dedicated to Amon-Re, is the best-preserved temple in the Western Desert. Museum of Antiquities - Designed in the architectural style of the Al Bagawat necropolis, this two-story museum is an old-fashioned, dusty, treasure trove of archaeological finds from the Kharga and Dakhla oases. Overnight at Qasr el Bagawat Hotel.

The trip to Luxor will take us about 3-4 hours. After reaching the place, we have a moment to check in at the hotel and we start the conquest of Luxor. We are a small group, so we have the opportunity to adapt the Luxor sightseeing plan to the time and interests of the participants. The first day is worth visiting the Karnak temple complex with the famous Temple of Amun-Re - the world's largest temple with a column hall.

Day 13. Egypt of the pharaohs in Luxor

Second day in Luxor. We have many places to see: Tombs in the "Valley of the Kings" - dug at unbelievable heights and incredibly long, they protected the bodies of the pharaohs and their treasures. Sanctuary and tomb of Queen Hatshepsut and the colossi of Memnon, Medinet Habu, Valley of the Queens, Ramesseum… and many more.

Early in the morning we go to the airport and fly to Cairo. This is the end of the tour. 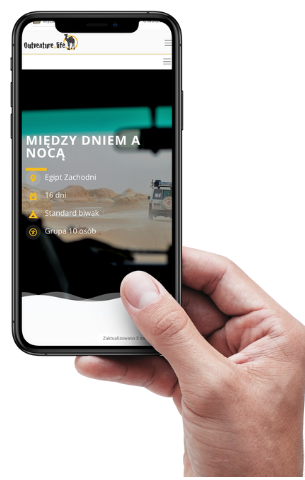 Included in the price

not included in the price

Choose a convenient date for you and send us a reservation. We will call you back with details.

Life is an outventure. Live it!